How to Slash a Company's ATO Tax Bill in Half

If your business has any debt with the ATO then you need to read this entire article immediately. 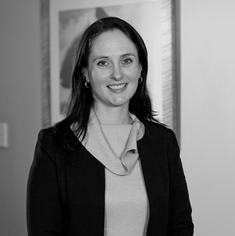 Owing money to the ATO is a scary position to be in.

We hear the same stories from our clients all the time…

Usually the company’s accountant has no idea why the ATO is demanding more money, they can’t afford to pay the excess tax, and that’s when people start to freak out.

The ATO is ruthless in its pursuit of unpaid taxes, and thousands of Australian companies have been forced to cease trading because of outstanding tax bills.

The ATO debt is now at $55Billion and they are starting to move in collecting taxes.

It’s very common for businesses to get into tax strife, so you’re not alone.

But the ATO will do everything in it’s power to get that money.

And as of April 2021, with the JobKeeper program officially over, the Tax Office has now confirmed that it will resume pursuing and enforcing debt recovery action.

In many cases the owner also gets served with a Directors Penalty Notice, making them personally liable for the company’s debts. This means that not only is their business at risk, but their entire lives too.

You can understand why many people are in a panic when they first approach us.

The good news is you’re not alone – and there is a way out.

Plus we can arrange for any remaining tax debt to be financed at half the interest rate the ATO would charge you.

That means there’s a good chance we can reduce, eliminate or restructure YOUR ATO debt too, and save you a lot of time, money and stress in the process.

As well as specialist tax accountants, we are also tough ATO negotiators and understand their bureaucracy and procedures better than any “vanilla” accountant ever could.

We will be the experienced partner you need to fight hard on your behalf to reduce or eliminate your ATO debts.

And because of the way his affairs were structured, this would become his personal tax debt.

Fortunately, we were able to see avenues that hadn’t been utilised to avoid what he thought was inevitable.

When we finished our work for him, James was surprised to receive a tax refund and was very happy indeed!

The ATO was refusing to make payment arrangements and demanding payment within 4 days to avoid a Directors Penalty Notice which would transfer the company debt to personal debt.

(On top of this, his wife knew nothing of it.)

We were able to reduce that debt to just $10,000 – and make arrangements for it to be paid off  in manageable installments.

His business was saved (and probably his marriage too!).

We have many other case studies at the bottom of this page too.

If you have any outstanding debt with the ATO, we strongly advise you get a free, no-obligation second opinion on your accounts.

All it takes is a no-obligation 15 minute, confidential phone call to discuss your accounts, and we can accurately diagnose if there are any ways to reduce, eliminate or restructure your ATO debt.

Even if you have an accountant already, we will uncover the tax-saving opportunities that most “vanilla” accountants miss (or don’t even know exist).

WARNING: You Must Act on This Now

In some cases people delayed getting in touch with us, and then it was too late for us to help them.

They ended up paying more tax, and in some cases people even lost their businesses.

Imagine how’d you feel if you paid thousands more (or totally lost your business) simply because of procrastination.

Get in touch with us now to guarantee the highest chance of a successful outcome.

Just leave your details in the confidential form below and one of our advisors will call you back ASAP to discuss your matter.

Complete the contact form below for a free, no-obligation second opinion on your accounts.

Note: This service only suitable for company tax matters, not individuals or sole traders.

Results We've Achieved For Others

Get a Free Second Opinion on Your Accounts Now 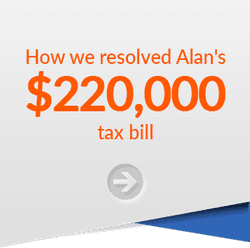 When we met Allan, his $220k personal tax debt had progressed well past negotiating with the ATO and was now a legal matter. Like so many clients we see, Allan thought his tax was paid up but was unable to get an explanation from his accountant as to why he seemed to have to pay more and more.
Allan spoke with us over the phone and within the first few minutes of the call, we knew what the problem was. Sorting it was not so easy though. We embarked the complicated process of sorting out mistakes a previous accountant had made and unraveling the red tape of the ATO’s systems though and were able to crystallise the matter and explain what had happened to Allan.
We redid Allan’s tax returns and got him out of the firing line. Since then, we’ve handled all of Allan’s accounts and tax compliance. 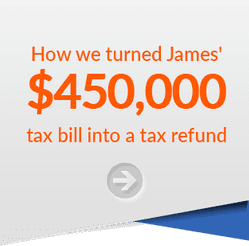 James has a large domestic company with clients around the country. He was referred to us because he was expecting a tax bill in excess of $450,000, which, because of the way his affairs were structured, would become his personal tax debt.
Fortunately, we were able to see avenues that hadn’t been utilised to avoid what he thought was inevitable.
When we finished our work for him, James was surprised to receive a tax refund and was very happy indeed! 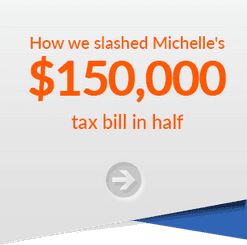 It would be an understatement to say Michelle was freaking out when she was referred to us. She was a Sole Trader with a personal tax debt of $150,000 and another 3 years’ worth of returns she had to do which would pile on top of the debt.
The ATO was threatening her with Garnishee Notices and potential prosecution.
We jumped to it and found we could cut the existing debt in half by taking out accumulated interest and penalties. We then made arrangements for Michelle to pay off the remaining $75,000.
Once the immediate issues were taken care of, we restructured Michelle’s business into a Company structure and lodged the outstanding returns, bringing her entirely up to date and compliant.
With her business on the brink of folding and personally facing bankruptcy and even prosecution, Michelle was elated with the outcome and, as many of our clients do, moved all her accounting and tax work over to us. 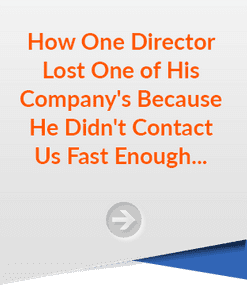 One of our clients was a Director of a large firm with lots of staff and big overheads. By the time we met, they were in the process of liquidating one of their companies. Like so many Directors, through no fault of his own, he found himself in an untenable situation and was unable to get to the bottom of the issues before it spiraled out of control. He simply trusted a CPA to do her job properly.
We put new systems in place and shored up their position moving forward, but sadly, what we discovered in their accounts would have saved the other company… if only we’d met sooner. 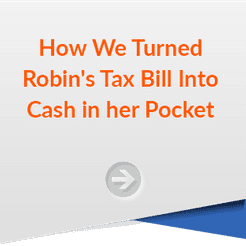 Robin had a hunch her accountant just wasn’t paying attention to things so she came to us for a 2nd Opinion on her tax.
She was right, in fact, all too often, we see the result of ‘vanilla’ accounting where no one has bothered to look beyond the surface or ask the obvious questions.
When we looked into her position, we found ways to radically reduce her tax bill and even get some cash money back so we revised her returns and now Robyn is thrilled to have money in her pocket!
Get a Free Second Opinion on Your Accounts Now

We started out as a little bookkeeping business, many years ago.

Emergency and Preventative Accounting came about because we were stunned and horrified at how often we were finding issues with people’s accounts… and how big some of them were – both in dollar and human damage terms.

No one was there to help with a real crisis

We coined the phrase ‘search and rescue’ for the clients who really needed some decent attention and a complete fix-up and until recently, that’s what we called our Emergency Accounting service. As people began to hear about us and seek us out for this kind of work, we became involved in more drastic situations where people were really suffering.

One CEO had lost everything, including his marriage and was living in a shoebox apartment with no fridge for six months before we met him and helped him sort things out. Another was up for unpaid superannuation worth hundreds of thousands without realising more than that had been siphoned out of the company by an ex-employee over a number of years.

Many were facing unnecessary liquidation and loss of property. Marriage breakdowns, health issues and enormous reputational damage were not uncommon.

Almost every client we saw was blindsided and bewildered. And these were competent, intelligent, successful men and women on the whole.

We were helping 80% of the people we met find & fix major errors!

A systemised and effective solution for an accounting crisis was necessary

Because the work we do is actually about saving people’s lives from the havoc a financial crisis can wreak, we can relate more to the work of a hospital emergency room than the accounting industry in general. And that’s how we see ourselves today – Specialists in Emergency & Preventative Accounting.

It was easy for us to make this connection too because our founder, Catherine McMurtrie has a background in the medical industry and we already had systems in place that had been designed on the ER style format… Codes for various levels of emergency… A step by step ‘triage’ approach to allow us to thoroughly investigate and find issues quickly and so on. Most importantly though, we know how critical it is to care for the ‘patient’ as much as the problem.

Most of the clients we helped in an emergency became ongoing clients automatically. They simply didn’t want to risk facing major issues again.

It simply made sense for us to develop robust processes to maintain accounting systems over the long term. The packages we offer today provide a wide range of businesses with everything they need to be able to have confidence in their accounts and financial situation in the future, offering all of us peace of mind!

Through my experience to date, it has become evident to me that the majority of business owners are not aware of the financial pitfalls that can occur due to incorrect bookkeeping and sloppy accounting. Emergency & Preventative Accounting Specialists has grown entirely out of this unfortunate reality. Our people are trained to find problems and identify the right corrective action to get your accounts right and keep them that way so you can make your business decisions with the right information.”